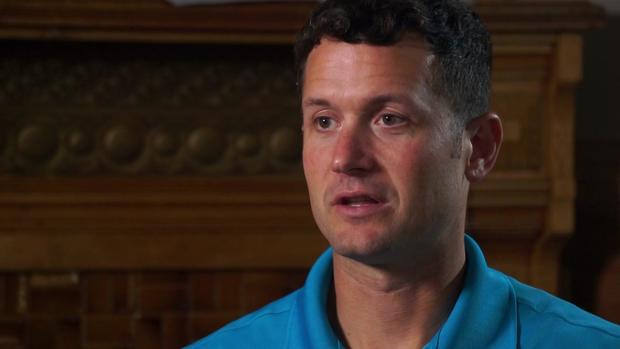 At the White House to witness the moment was Mankato resident Michael McLaughlin, a U.S. Marine Corps veteran who watched with pride.

“The total cost of war isn’t just what it costs to buy the guns and the bullets while you’re gone, but also that health care and after care when you’re departed from the service,” McLaughlin, who’s now a county veterans service officer for Blue Earth County, said in an interview Monday.

The law also adds additional locations where Vietnam War veterans were exposed to Agent Orange that could’ve contributed to illness.

McLaughlin has witnessed the battle for benefits firsthand as a county veterans service officer. He said removing the burden of proof— or showing that the illness stemmed from exposure during military service—is the most significant change the law provides and will reduce the paperwork that can bog down someone’s case for years.

“Proving your individual exposure in 1966 on a hill in South Vietnam when you have a known cancer associated with dioxin exposure, good luck,” he said. “That’s what this legislation removes, that whole burdensome process.”

McLaughlin’s role as legislative chairman for the National Association for County Veterans Service Officers, a group that advocates for veterans’ issues and provides assistance to veterans and their families, led him to Washington to push for the bill alongside a coalition of other veterans’ services organizations and advocacy groups.

That work lasted over a year with many trips to the nation’s capital.

He enlisted in the Marine Corps at age 19 and deployed twice to Iraq. The human toll there still lingers with him: four friends in his platoon were killed in the line of duty.

He sees his life as a blessing and an obligation to give back to fellow men and women who served, which is what led him to his career today.

“Part of the obligation with that is trying to figure out how to earn it or make value of the time you were given—that you made it home, that you made it out—that Mark, Ben, Chris and Brandon didn’t have,” he said.

The White House estimates the law will impact five million veterans who may have been exposed to toxic substances while serving in the military. In Minnesota, over 150,000 veterans here could benefit from the legislation, according to the state Department of Veterans Affairs.

“I’m 38. I plan on being around for a while, but who knows what is down the road for me,” McLaughlin said. “I don’t wish it on any of us, but if a guy or gal who served in Iraq or Afghanistan comes with one of those conditions – the fight is still going to be very difficult, but at least the fight to get your benefits isn’t going to be.” 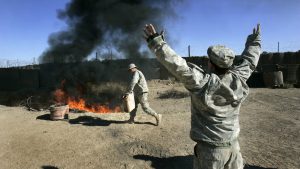 After a long battle, veterans celebrate PACT Act’s passage. But the war goes on for many

After a week of delay and debate in Congress, President Biden on Monday will sign legislation that makes it easier for veterans to get VA benefits after becoming sick from exposure to toxins in war zones. Biden connects through FaceTime with veterans exposed to burn pits: there is ‘sacred obligation’ to help them

Biden was initially going to visit in-person, but he tested positive for COVID-19 on Saturday in ‘rebound’ case

Send Us A Message