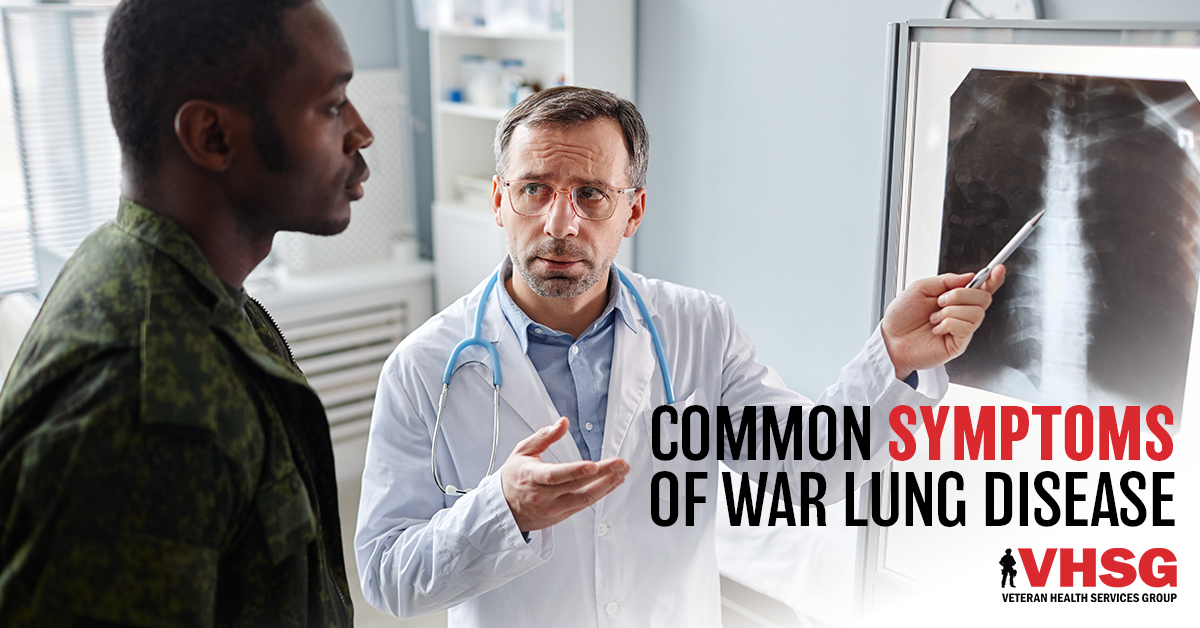 War lung disease may be affecting thousands of veterans who served in the Iraq and Afghanistan wars after being exposed to burn pits and other airborne health hazards. “War lung disease” encompasses a number of different lung conditions that may have long-term consequences for military personnel post-deployment. These include asthma, obstructions to the airways, constrictive bronchiolitis, or other serious health issues.

War lung disease is notoriously difficult for doctors to diagnose because it’s an insidious disease that’s not well understood in the medical community. Although it is a challenge for recognize the symptoms of war lung disease and distinguish them from issues that may arise from other medical problems, there are common signs to look out for.

If you or a loved one who has served in Iraq or Afghanistan have one or more of these symptoms, it may be beneficial to learn more about war lung disease and whether you may be suffering from it:

It typically takes a lung biopsy just to diagnose war lung disease. A lung biopsy can reveal whether you have obstructions to the airways in the lungs or damaged or destroyed airways (known as constrictive bronchiolitis). In other serious cases, veterans suffering from war lung disease may have sarcoidosis, which means that they have small patches swollen tissue in the lungs. A lung biopsy can help doctors identify a number of conditions that may be a result of being exposed to airborne health hazards during war.

War lung disease is a serious consequence of veterans of the Iraq and Afghanistan wars that often goes undiagnosed. Don’t let war lung disease go untreated. If you have any of the symptoms listed above, get help now from Veteran Health Services Group. Contact us today at 833-218-2792 to get the information and assistance you need to live a better, healthier life.