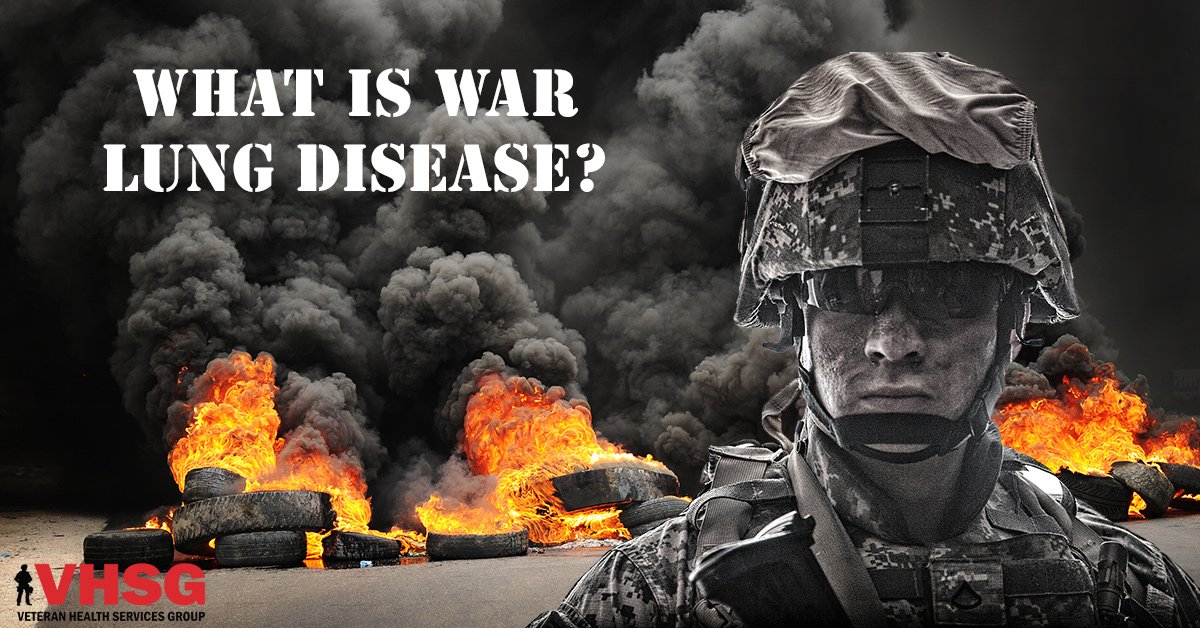 War lung disease is a mysterious pulmonary illness that some military veterans suffer from after being exposed to burn pits, sandstorms, and other hazards of war. It’s a condition that affects many veterans of the wars in Iraq and Afghanistan but is difficult for doctors to diagnose. To date, more than 360,000 veterans of the Iraq and Afghanistan wars have been diagnosed with lung disease.

The wars in Iraq and Afghanistan exposed many U.S. military personnel to airborne health hazards. Burning trash in the open air with jet fuel (“burn pits”) was a common practice in Iraq and Afghanistan. Among other things, the military would burn Styrofoam cups, water bottles, medical waste, and even computers. These burn pits produced air pollution and toxins that military personnel regularly inhaled.

In addition to the hazardous burn pits, war veterans were also subject to powerful sandstorms during their time serving in Iraq and Afghanistan. These sandstorms would sweep over the area so quickly that soldiers barely had enough time to try to cover their faces, causing them to breathe in the sandy particles kicked up by the swirling winds. Some military personnel ran into dozens of these sandstorms on their tour.

Additionally, explosive devices during these wars created dust, debris, and aerosolized metals. Outdoor allergens specific to the region (including from date palm trees) have been known to irritate the lungs, causing long-term issues.

Years after their service, veterans may still have trouble breathing and feel winded from physical activity. Veterans who are suffering from war lung disease may present with asthma, obstructions to the airways, constrictive bronchiolitis, or other problems breathing.

Constrictive bronchiolitis, for example, is a lung disease in which small airways have been destroyed. The condition is rare among civilians and it’s one of the reasons war lung disease is difficult for doctors to diagnose. The medical community disagrees over the prevalence of war lung disease given that symptoms like shortness of breath can have other underlying causes.

It’s often an uphill battle for veterans with war lung disease to get the right diagnosis and treatment. However, if you or a loved one suspect you may have war lung disease, there is immediate help available at the Veteran Health Services Group. Contact us today at 833-218-2792 to access resources that will help you get treatment and improve your quality of life.